The vocalist legend of Accept and the small grand man of traditional heavy metal, Udo Dirkschneider, doesn't give up even after hundreds of concerts and twenty studio albums. He's still doing long days with new albums and new tours with his group U.D.O. Mister Dirkschneider told Imhotep his latest news.

What's up with Udo Dirkschneider now?
"Right now?? Nothing." (laughs).


Nothing here means already rather long promotional circus for the new U.D.O album "Mission nro.X". Nothing also means those ten days of rehearsal U.D.O had in November. What else?
"From here on we're going to take a break until new year, then we get together to rehearse for one week and start touring from, was it Austria", Udo Dirkschneider begins.


How did it feel to accomplish one more U.D.O album?
"Ooh, what can I say", Udo sighs (he uses this phrase quite often during the whole interview).
"It is still very exciting to release a new album. This time we did a kinda straightforward album, more rock, so to say. We are satisfied with it and it seems that other people like it too. So, I can't wait to play these songs live to the audience."


Did you achieve the goals you had set for the album?
"Yes. In a way it was a good thing that in the songwriting and recording process we had a certain pressure on us. The original idea was to write and record some material last summer, but as you know, I was touring with Accept back then", Udo reminds.
"So we had to start working with new material already one year back in autumn, after the Scandinavian part of the Thunderball-tour. We hadn't planned it like that, but it was good for us. We started to make new songs without much thinking, so that's why the album became more straightforward than "Thunderball"."


Udo explains the lyrical world of "Mission nro.X" with routine, getting deep in more than a few songs. During the years his lyric-writing hasn't changed a bit. Heavy metal - or hard rock, as Udo prefers to call his music - is full of the everyday life of the present time. May sound clichéd, but it isn't if you're talking with a skilful and clever author.
"60-70 percent of the lyrics are about music. Like "24/7" that is about the all-day duties of a musician. The title track in turn explains how we still have a mission with our music. Everything we do is music and we have faith in what we do", Udo spins.
" "Cry Soldier Cry" is anti-war. "Eye Of The Eagle" tells about what people are like as such. "Mean Streets" tells about the present day, how everything is turning more dangerous all the time - I mean, when you're talking about sexual and political subjects. "Primecrime On Primetime" is an example of the influence of TV to small children. I think it's wrong that they show violent TV programs already in the afternoon when children can see them", Udo states angrily.
"The main point in the lyrics is still metal music and our love for it. I have to say it anyway that it never was any difficult for me to write texts. Usually I have tons and tons of ideas. And what can I say, I'm happy that I can write music and lyrics at all - still", Udo laughs.


The musical style of U.D.O hasn't changed much during the years. You can easily compare "Mission nro.X" with, say, "Animal House" or "Mean Machine".
"Yes, you're right, we have gone a little back in time with "Mission". "Animal House" had many similarities already in the making, because we had a lot of pressure also back then. "Mission nro.X" is still a fresh thing to me, full of life. We had just done a tour and got some real life into the songs."


What's your favourite track?
"Pfff, heh", Udo sighs.
"I really like "24/7", and the other one must be "Cry Soldier Cry". I think it has the best lyrics I've ever done, and the whole atmosphere in the song is rather unique. "Mad For Crazy" is also cool because it's so rock."
No return

Accept, fronted by Udo Dirkschneider, played for old school heavy metallers at last summer's Tuska festival (Helsinki, Finland). How does mister Dirkschneider feel about the tour with Accept? Did you enjoy it?
"Yes, the whole tour was fun, and the audience got what they wanted. Everything was free of pressure. On the other hand, during the tour I, Peter (Baltes, bass) and Wolf (Hoffman, guitar) also found out that, as much fun as the reunion was, Accept cannot return to make one more album."
How come?
"Let's say that the magic between us is lost, and I mean musically. Every one of us has a totally different view on music these days. But we have seen it now and I'm happy that we did a reunion tour, and that we found out that the story of Accept has come to and end once and for all."


It must be said that when you listen to albums by Udo's own band, you will realise how he is inside his own material with his heart. The Accept concert at Tuska seemed more like a routine to him.
"I wouldn't use the word routine. I definitely enjoyed those concerts and getting up on stage with Accept", Udo corrects.
"Still, the magic wasn't there, but otherwise everything was totally ok. I even knew the songs because I had played them with U.D.O for many years. And now I also found out that it is better if I concentrate on U.D.O rather than anything else."
Heavy metal equals emotion

Let's talk about Udo Dirkschneider's history for a while. What had the man involved in heavy metal?
"Heh, when I started it wasn't heavy metal but hard rock", Udo laughs.
"In the beginning, I was mainly interested in Deep Purple, Jimi Hendrix and Rolling Stones. Rolling Stones was much dirtier music than The Beatles. I liked heavy stuff, like the guitar sound of Hendrix. There was something in it.
It all went forth step by step. I started making my own songs from the beginning."
What is the thing about heavy metal?
"What's the thing... uh... hard rock comes straight from the heart and it's something I believe in. It has nothing to do with radio-friendly pop music. Heavy metal is music with emotion."
It has been said that the German metal field would be a lot poorer without Udo Dirkschneider. What do you think of this?
"Well that's nice to hear (laughs). It's true that U.D.O and especially Accept have influenced many musicians, especially Germans. Bands like Helloween or Running Wild have been influenced by Accept. I'm very proud if people say that U.D.O and Accept are important in the historical sense."

Dirkschneider's voice is one of the most original and individual ways to interpret heavy metal. Is there anything special behind that voice?
"No (laughs). I have never studied singing. It's a natural thing, and I haven't done anything for it really. I just comes out, no secrets."
"I think it's very important to have an individual tone. For example Ronnie James Dio has a special kind of voice. Also Rob Halford, Bruce Dickinson and Ozzy Osbourne. What else can I say that I've been lucky in this."

Do you train singing at all?
"No. I mean, if I'm not on tour or recording, I do nothing for my voice."

Sounds easy.
"And it is. When we are going on tour, I start practising vocals a couple of weeks earlier, only to get my voice flowing. I actually have to do it so that my voice would be in condition on the gigs."

What kind of tips would you give to a beginning heavy metal vocalist?
"Hmm... hard to say. Of course you should rehearse. In this business it's also important to find your own style and to be recognised. When people play a record, they can immediately say that "hey, this is that band and that vocalist"."

What's the most important skill or talent for a heavy metal singer then?
"The most important skill... damn, if I knew that I'd be a millionaire", Udo laughs.
"Once again I'd emphasize the importance of individuality. You could compare a vocalist to an actor; some actors are more famous than others, because they have something special. That's the thing."
Are there any musical challenges left for you?
"There is one thing I'd like to do, and I think it will become reality within a few years. It's a classical album. Not how Metallica did it, that there is an orchestra playing on the background or with the band, but more like the band is playing on the background of the orchestra. That's how we have been thinking with Stefan Kaufman (the drummer)."
"So that the songs have been arranged for the orchestra and we play on the background. I think metal and classical music are very close to each other anyway."


What does future hold for U.D.O?
"More good production. On the upcoming tour we have some small surprises, but I can't reveal them yet. It has been a nightmare to compile the setlist though, because I have already done ten albums with both U.D.O and Accept. We currently have a poll on the website for people to let us know what songs they would want to hear. "They Want War" (Animal House) is in the lead, which is pretty interesting."
"Of course there are songs from the new album in the setlist, but there will also be things we have never played before."


When can we expect new U.D.O material then?
"Not next year at least. The next thing we're going to do is a live DVD from the upcoming tour. Then after the next album we're going to make a record-breaking tour that will probably start early 2007", Udo Dirkschneider concludes.

Written by Super User. Posted in About U.D.O / Accept 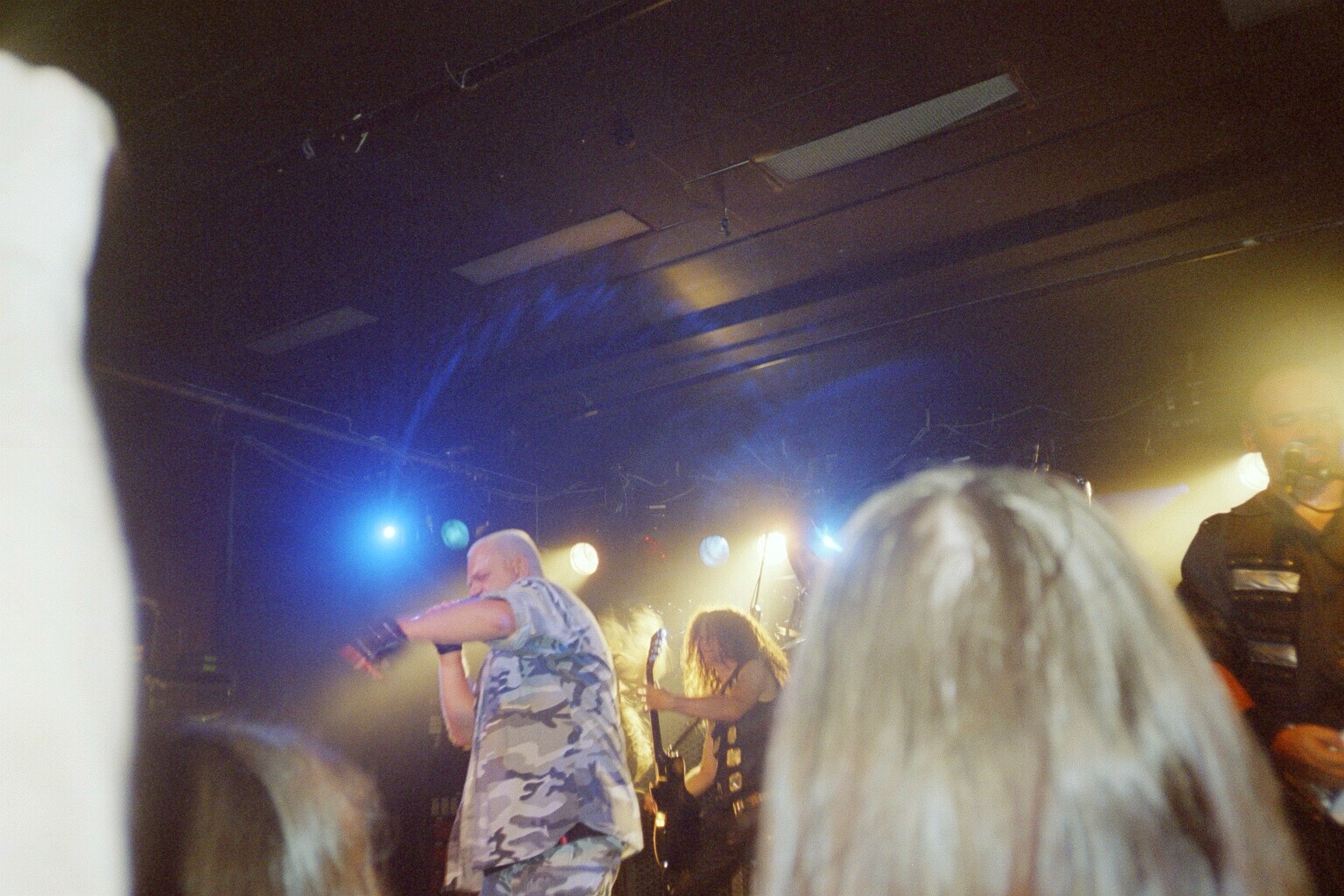 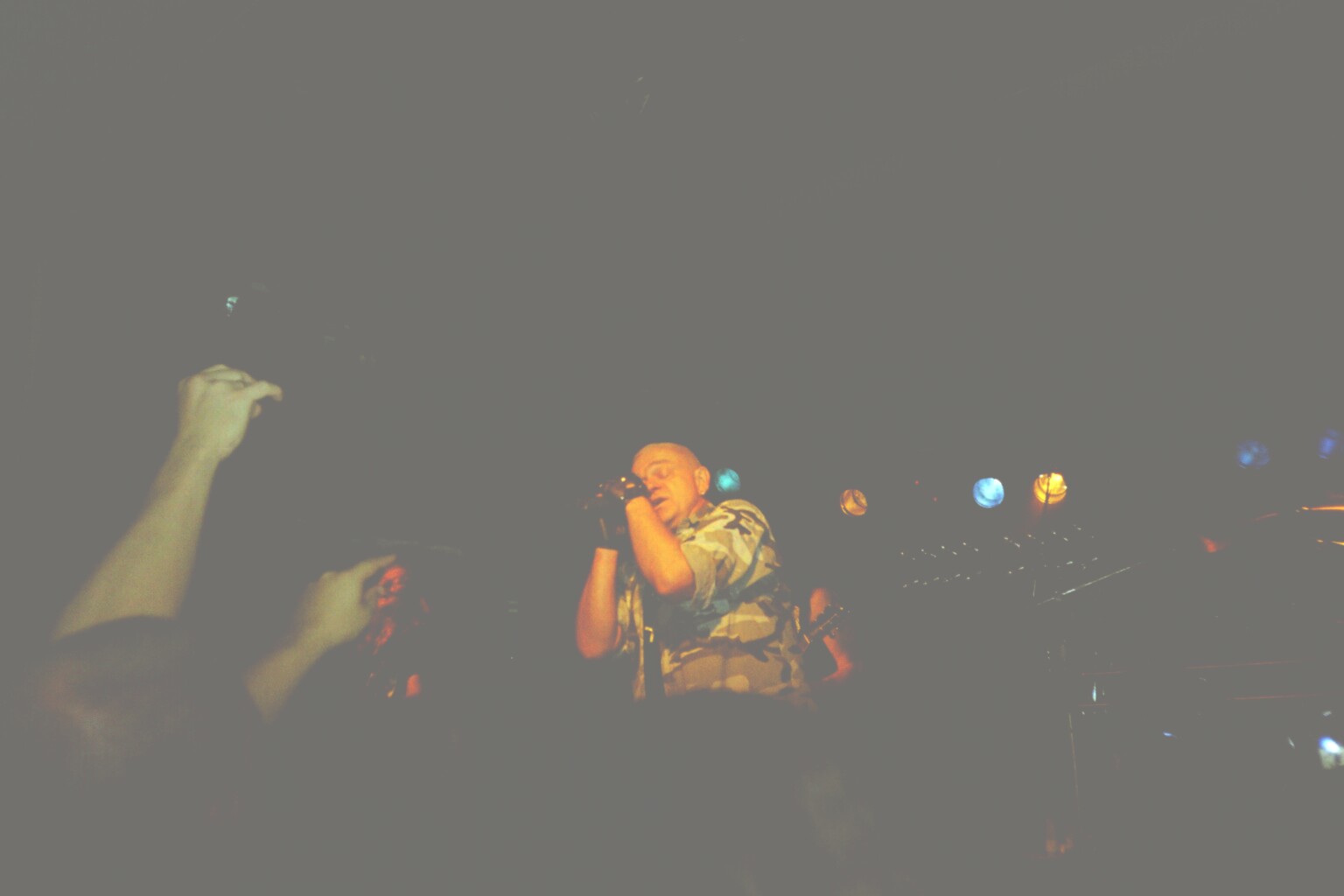 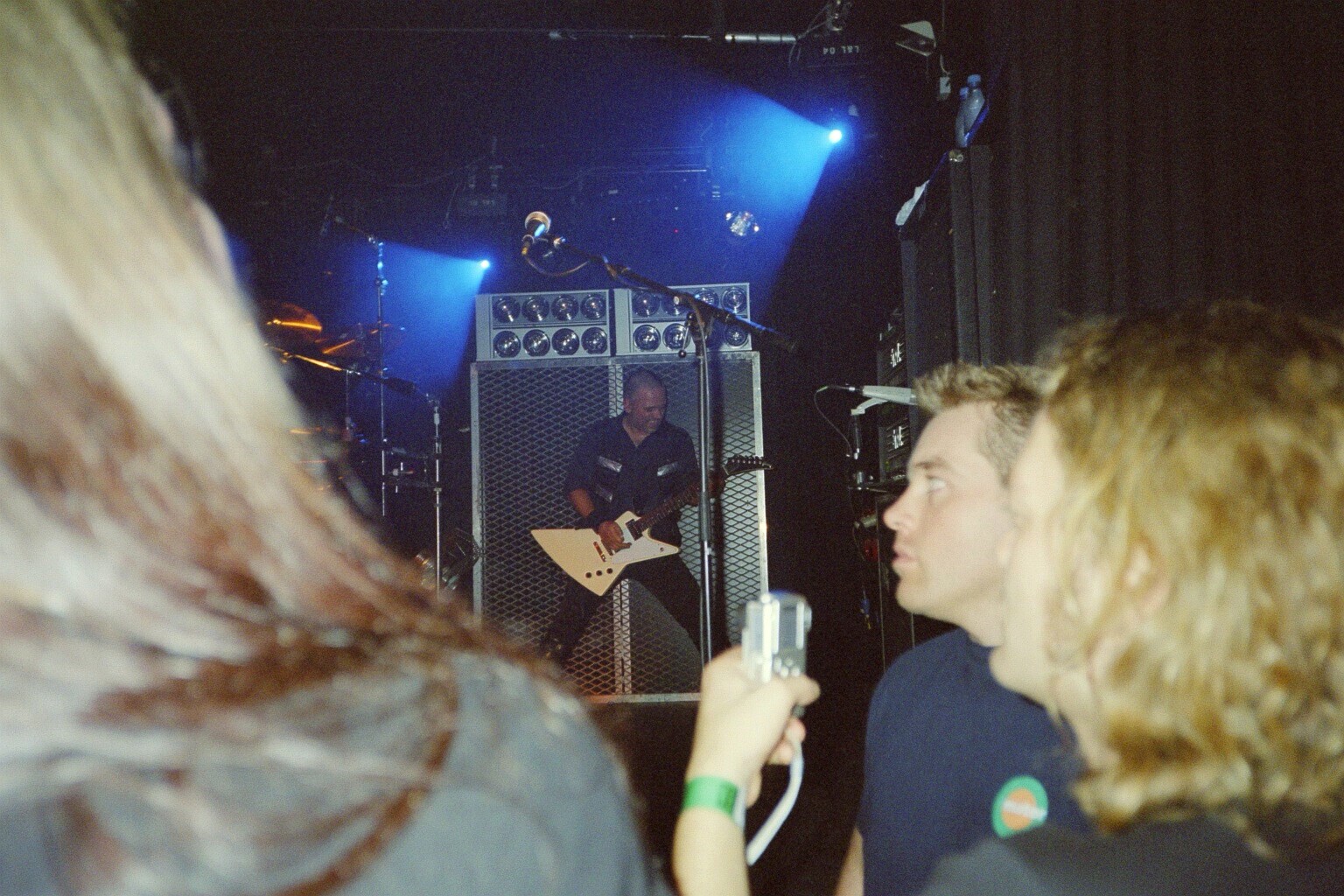 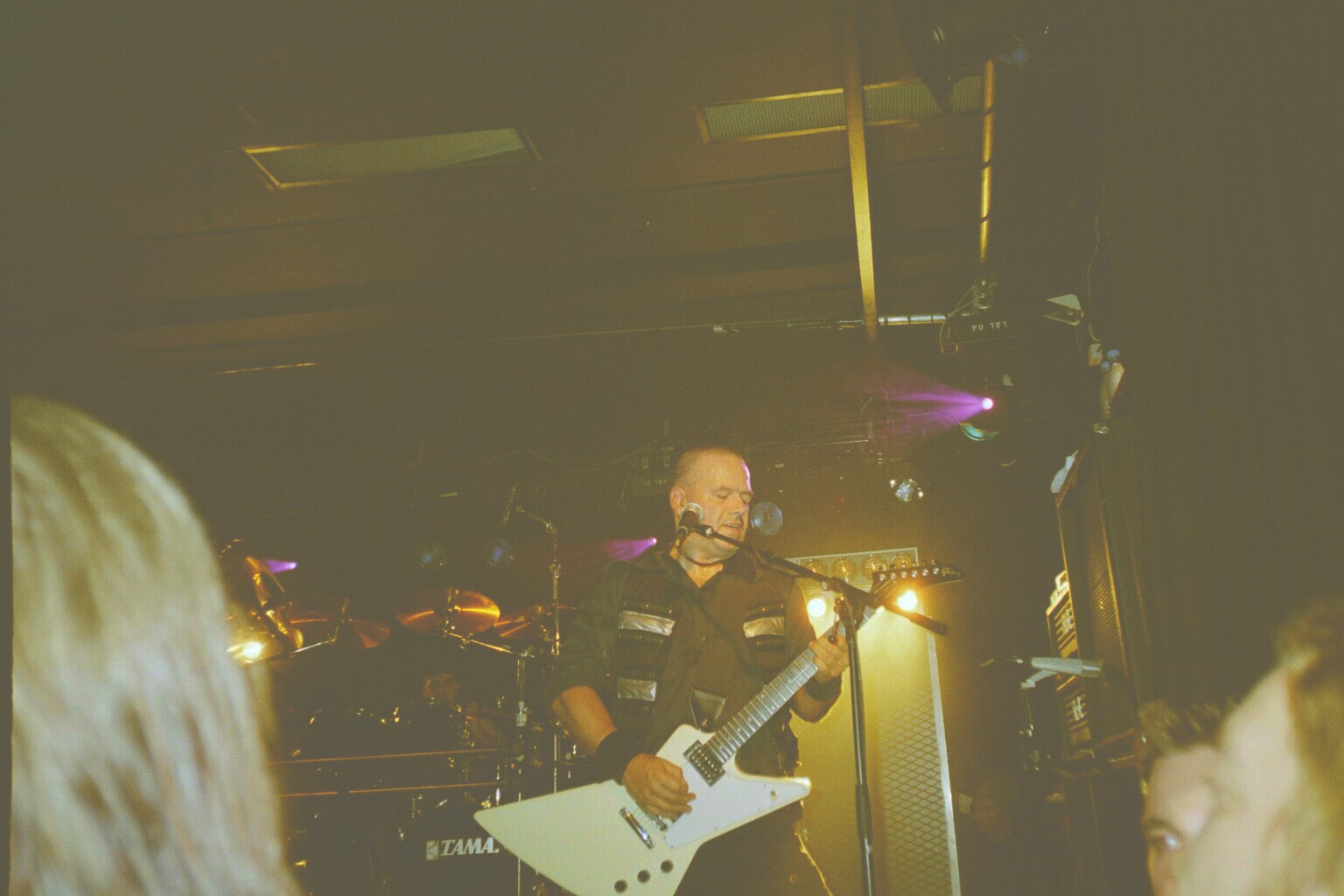 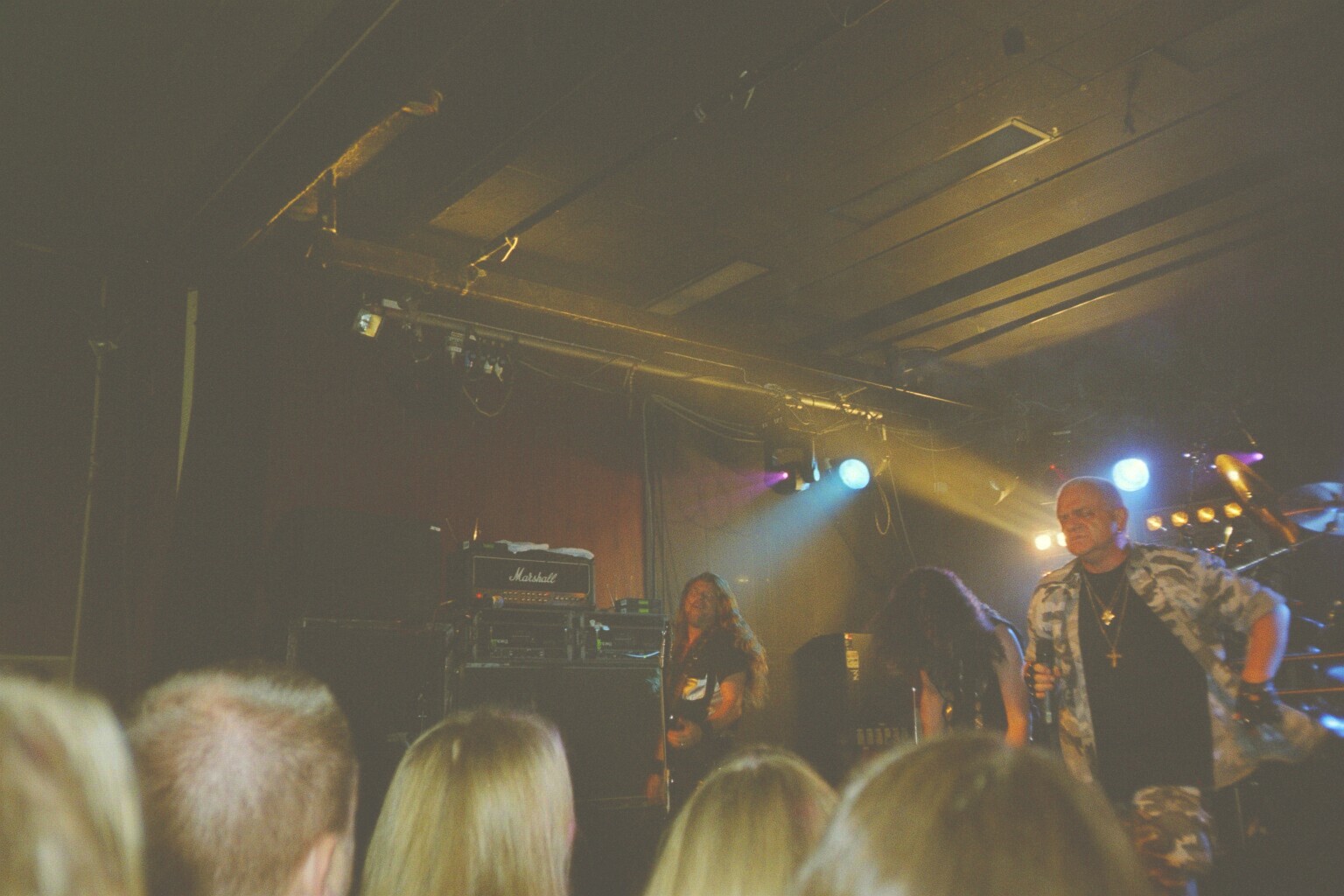 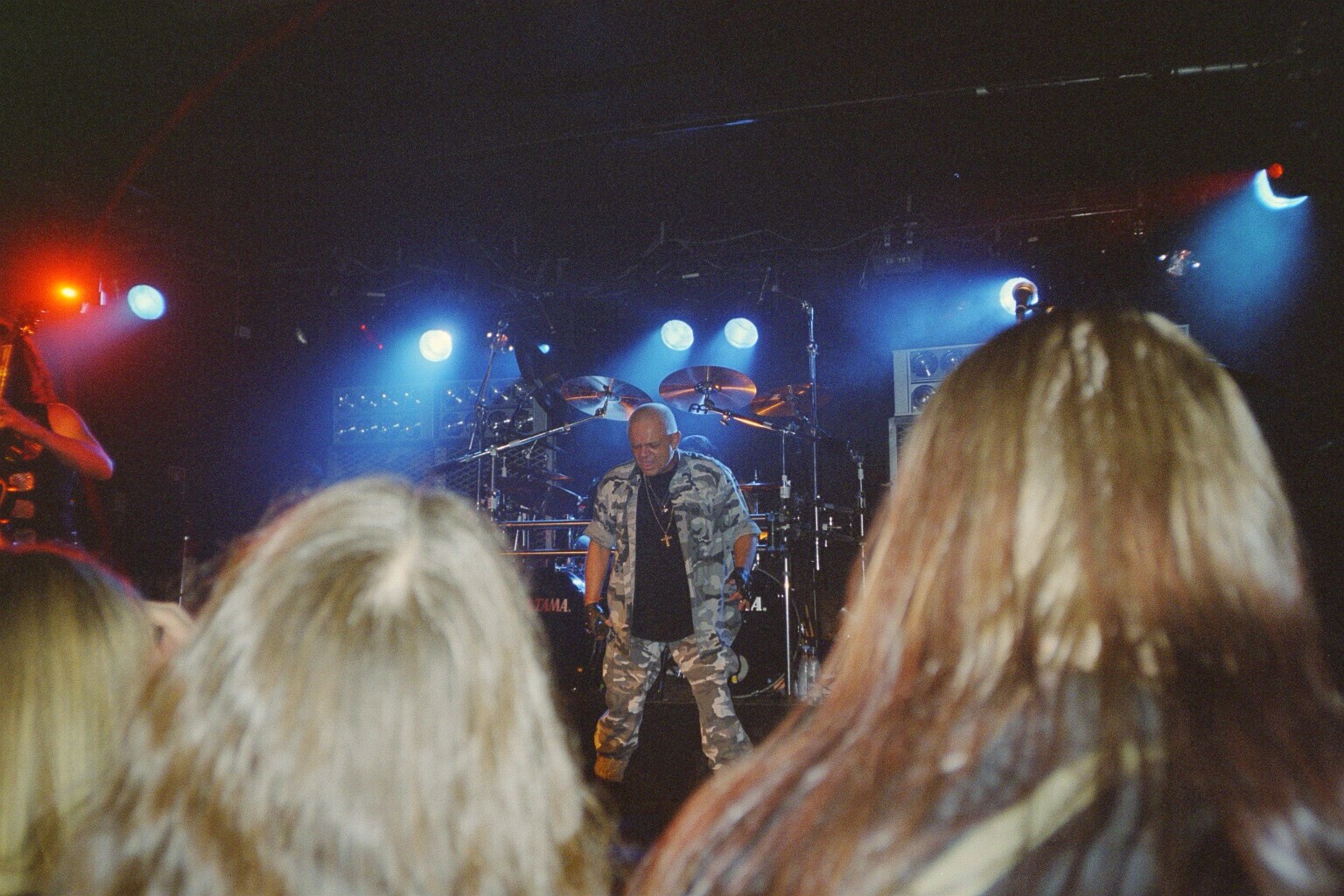 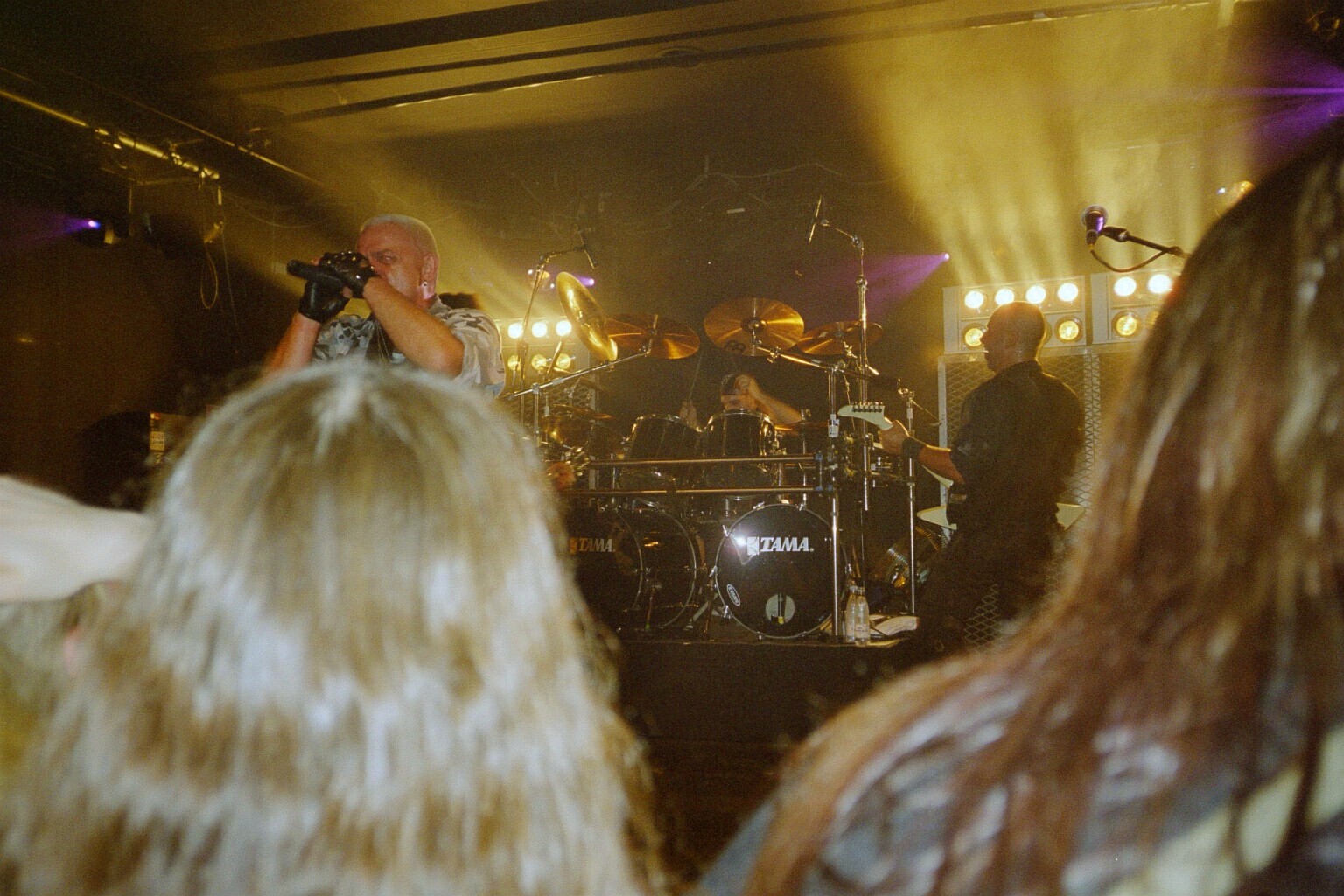 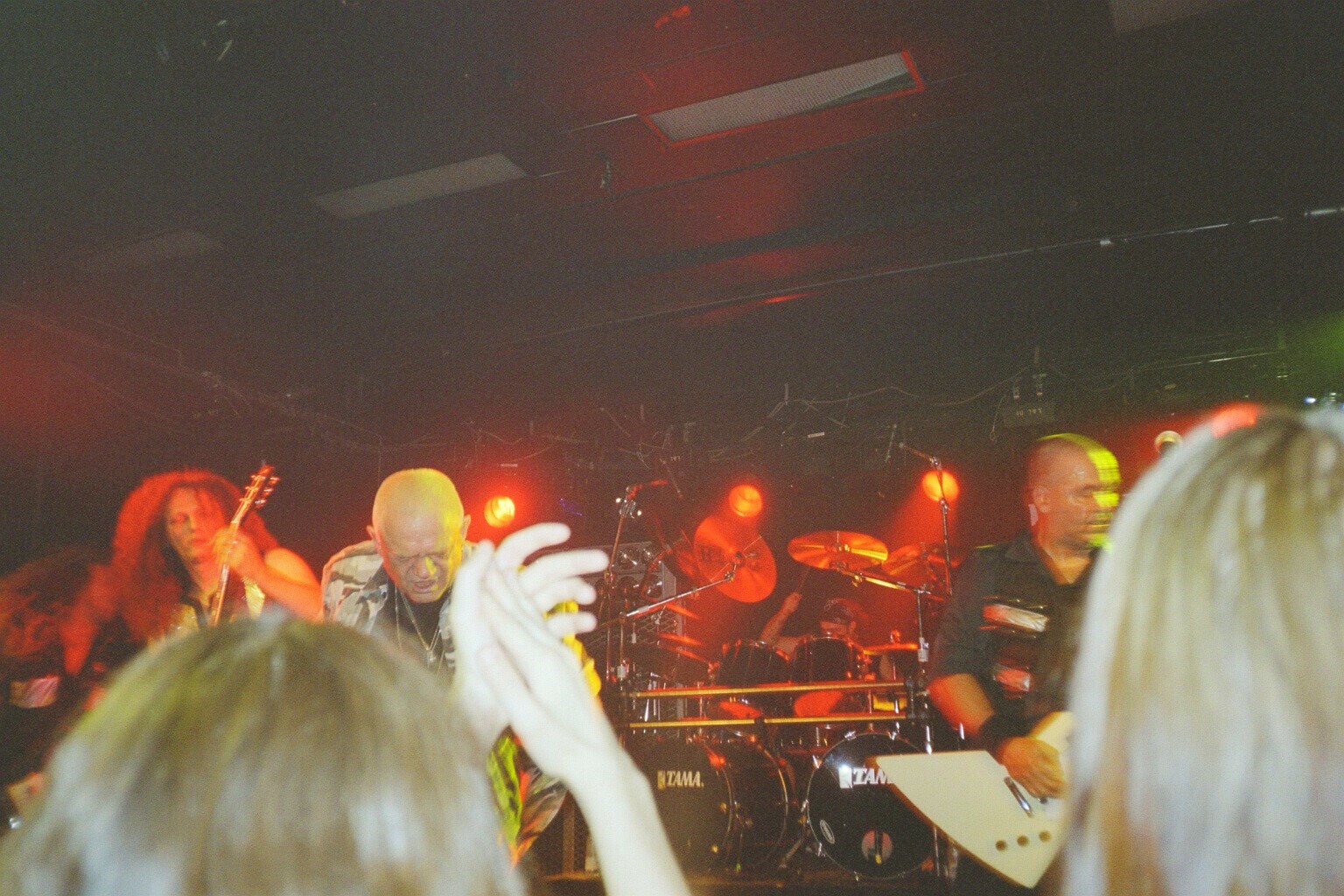 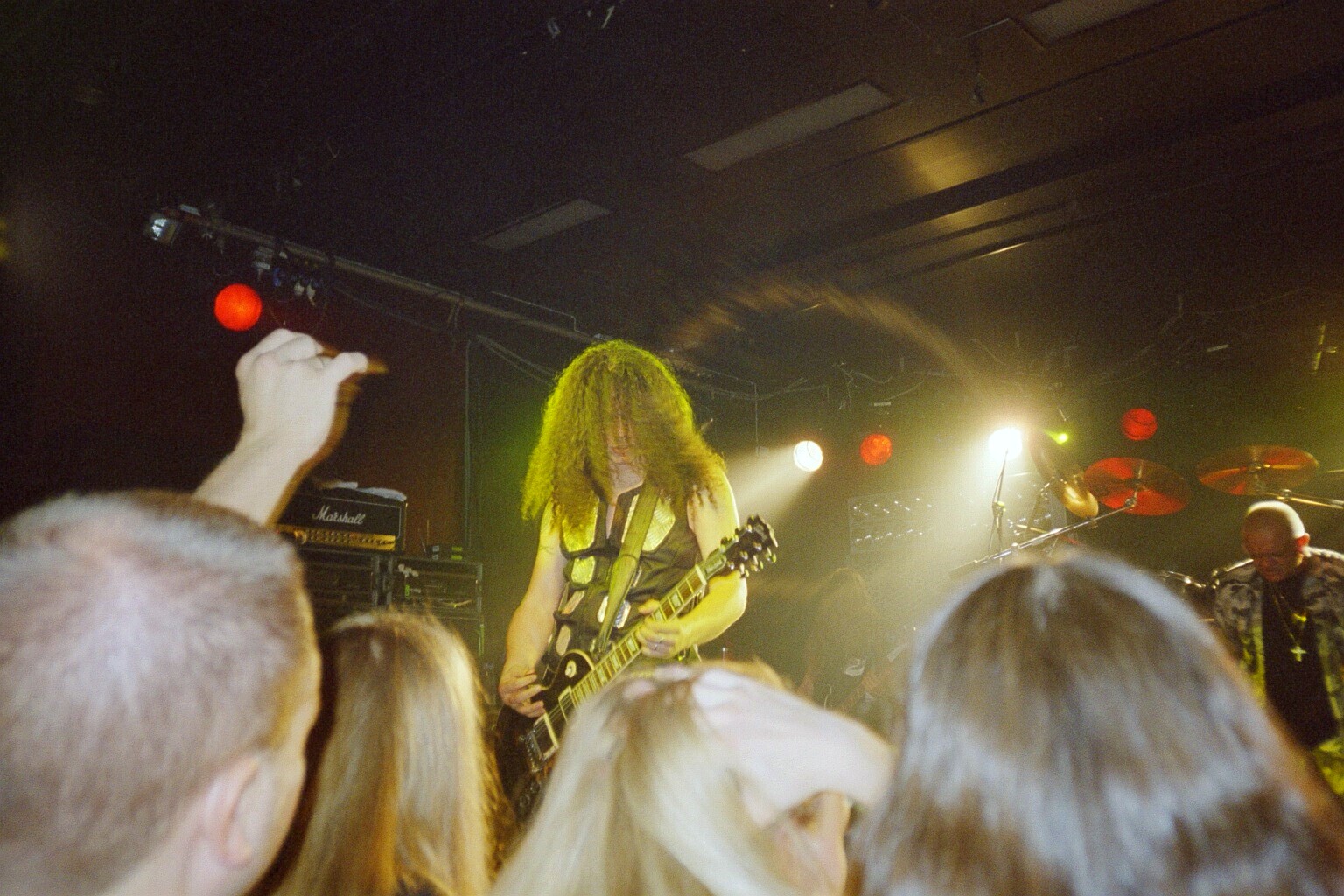 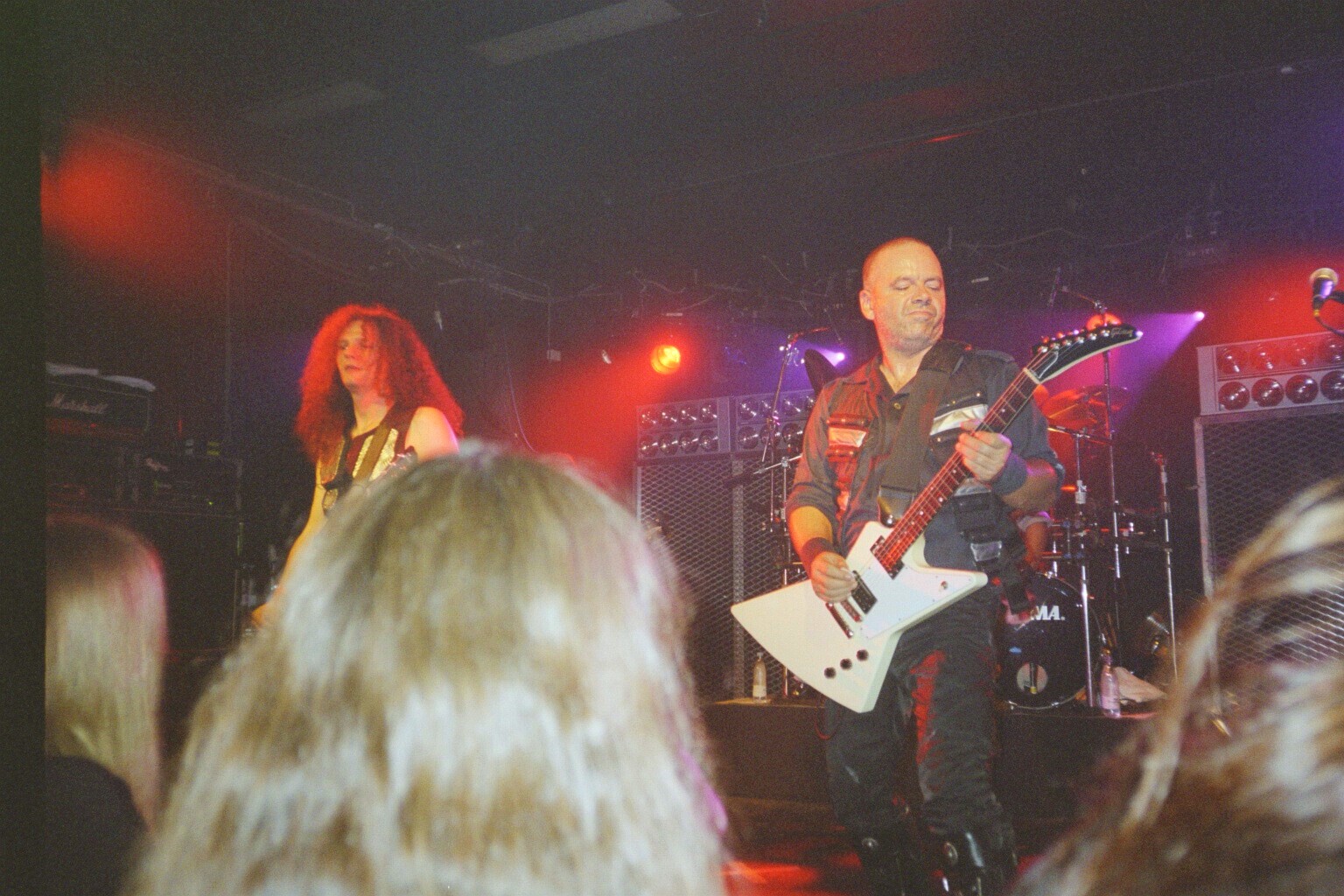 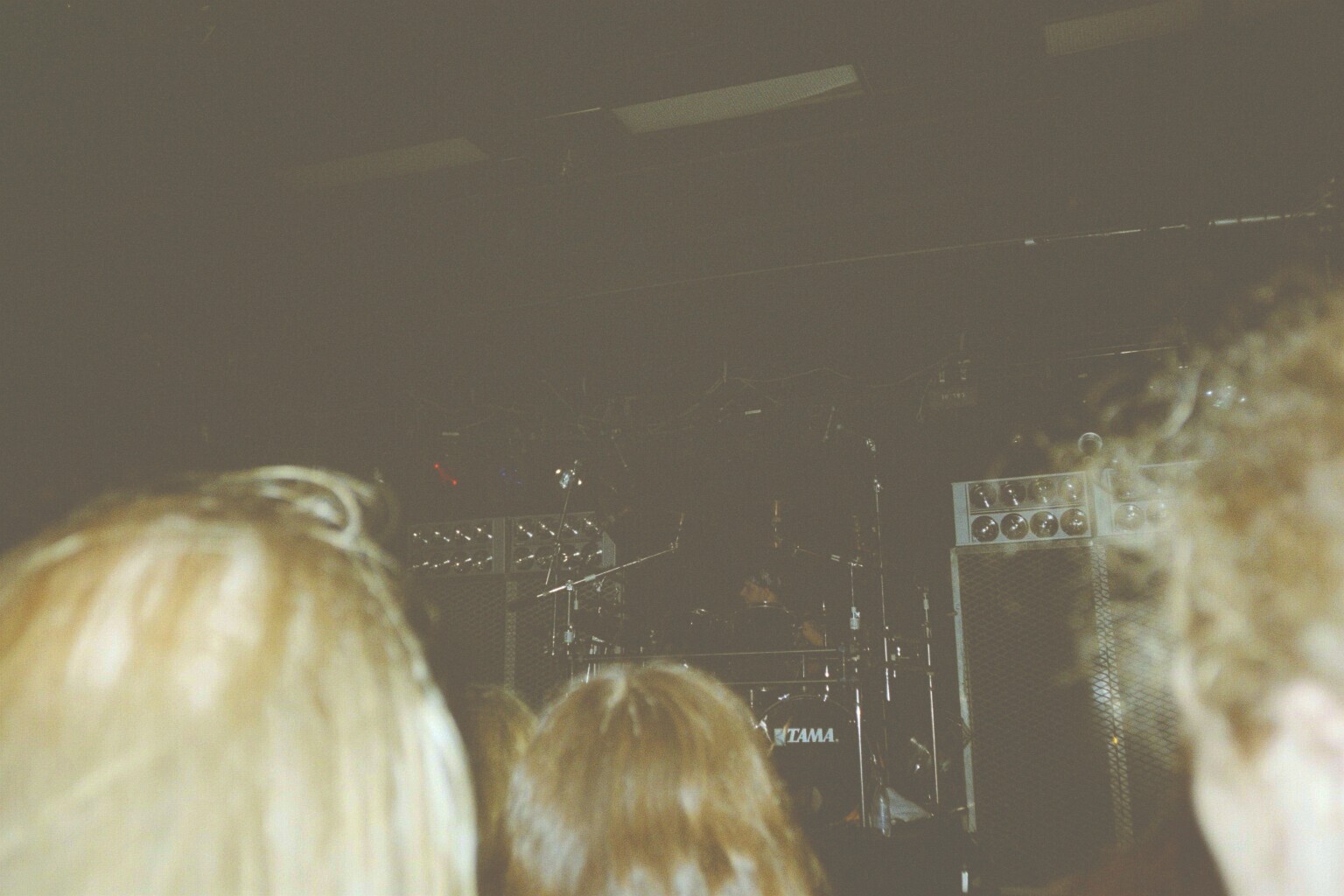 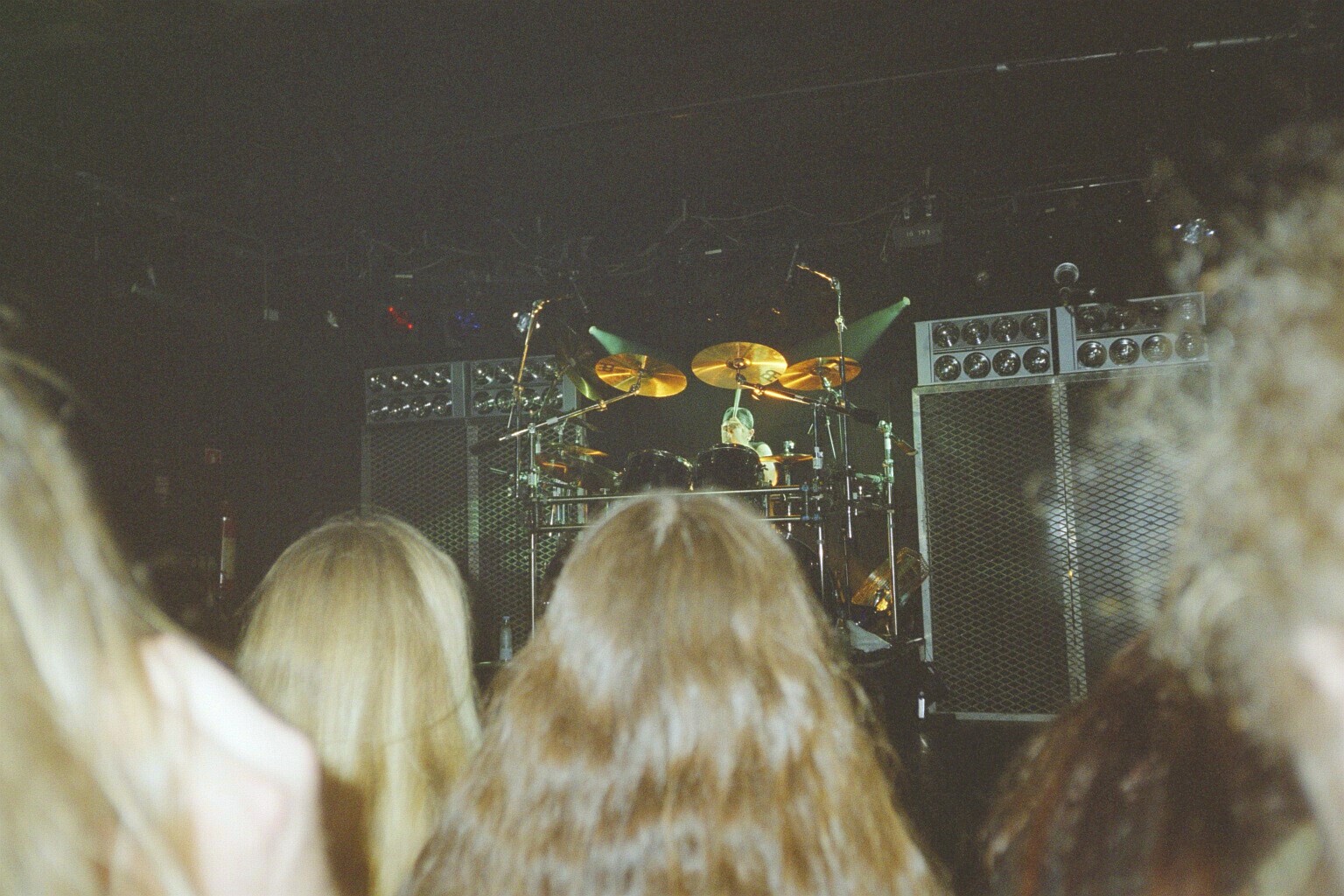 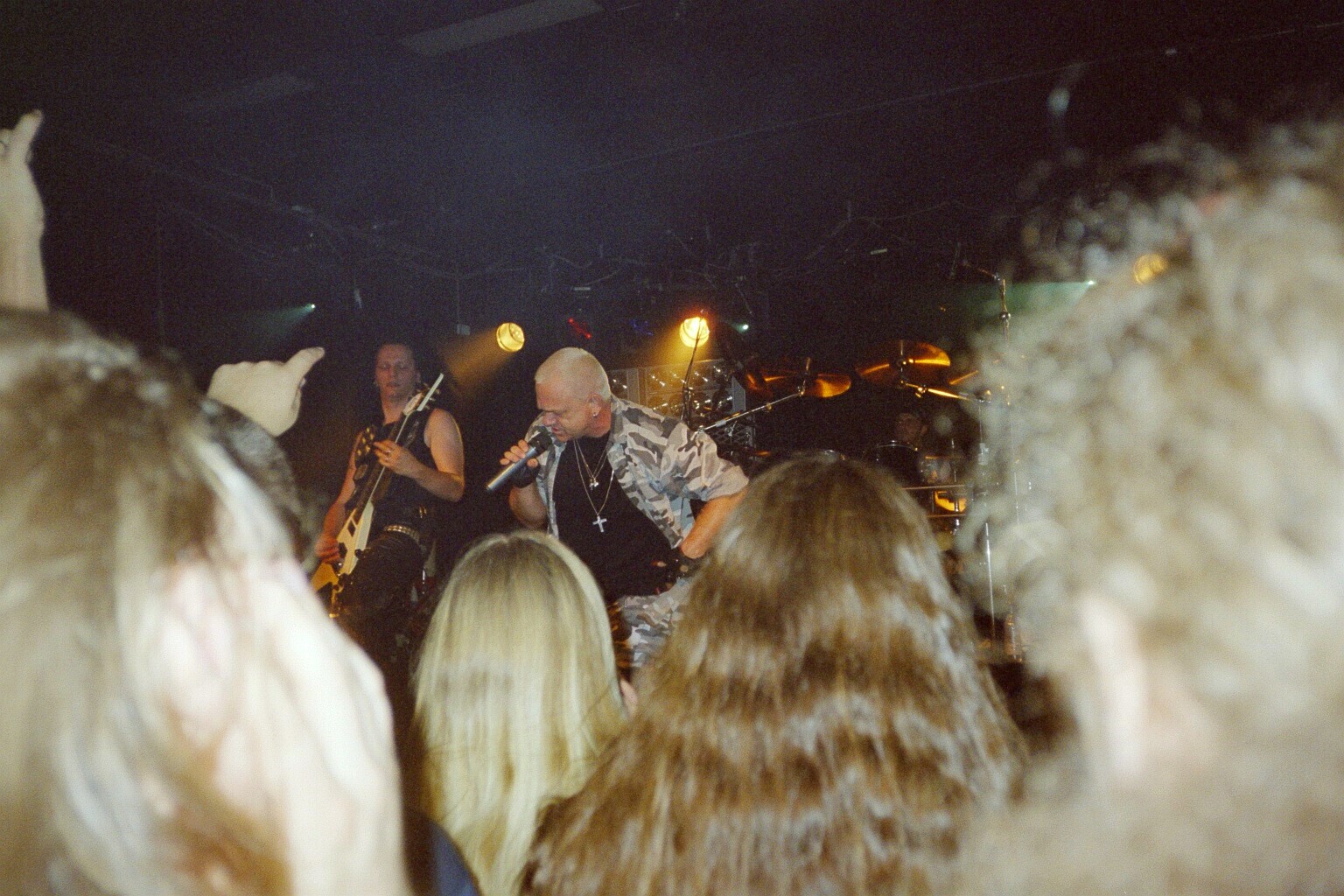 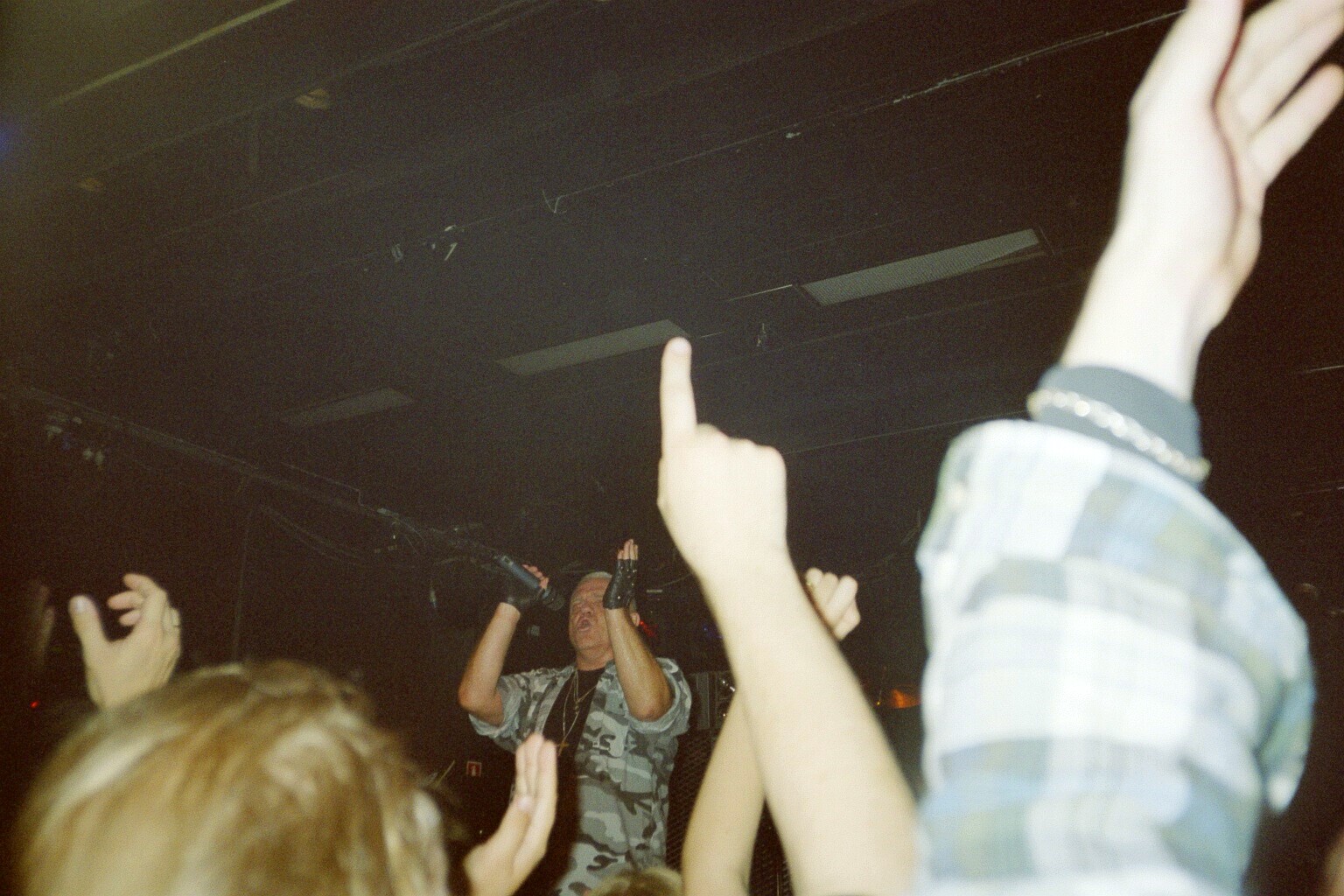 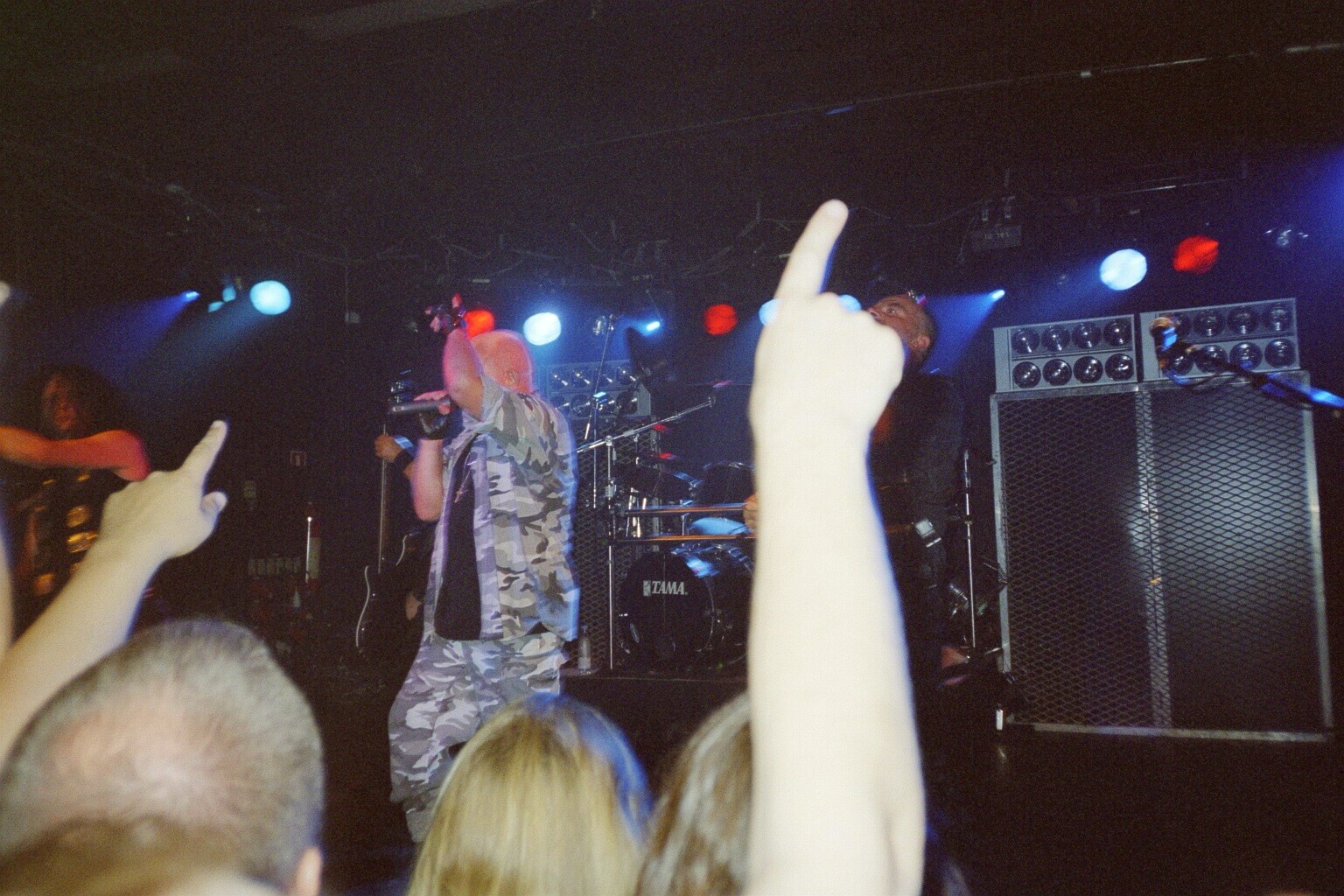 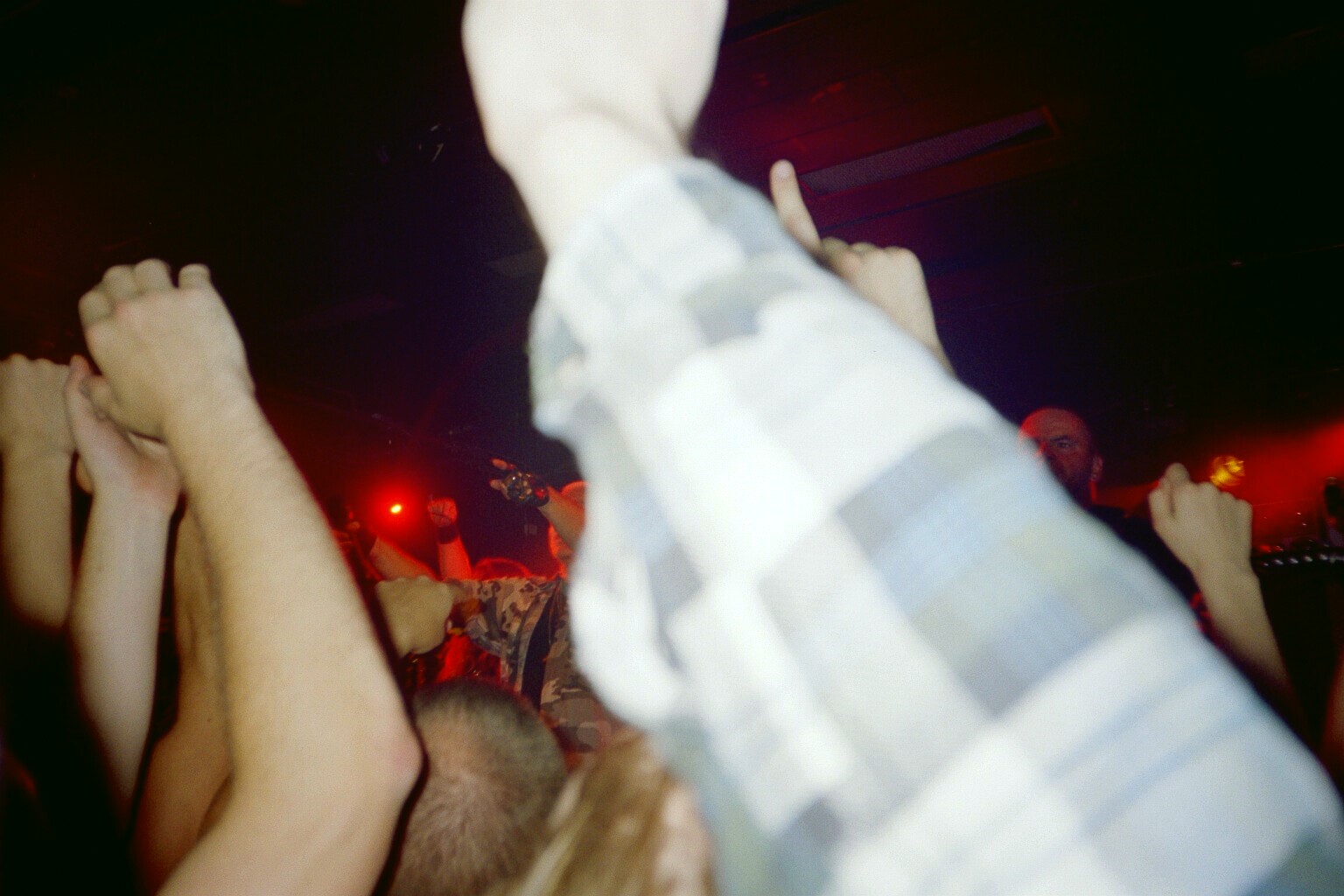 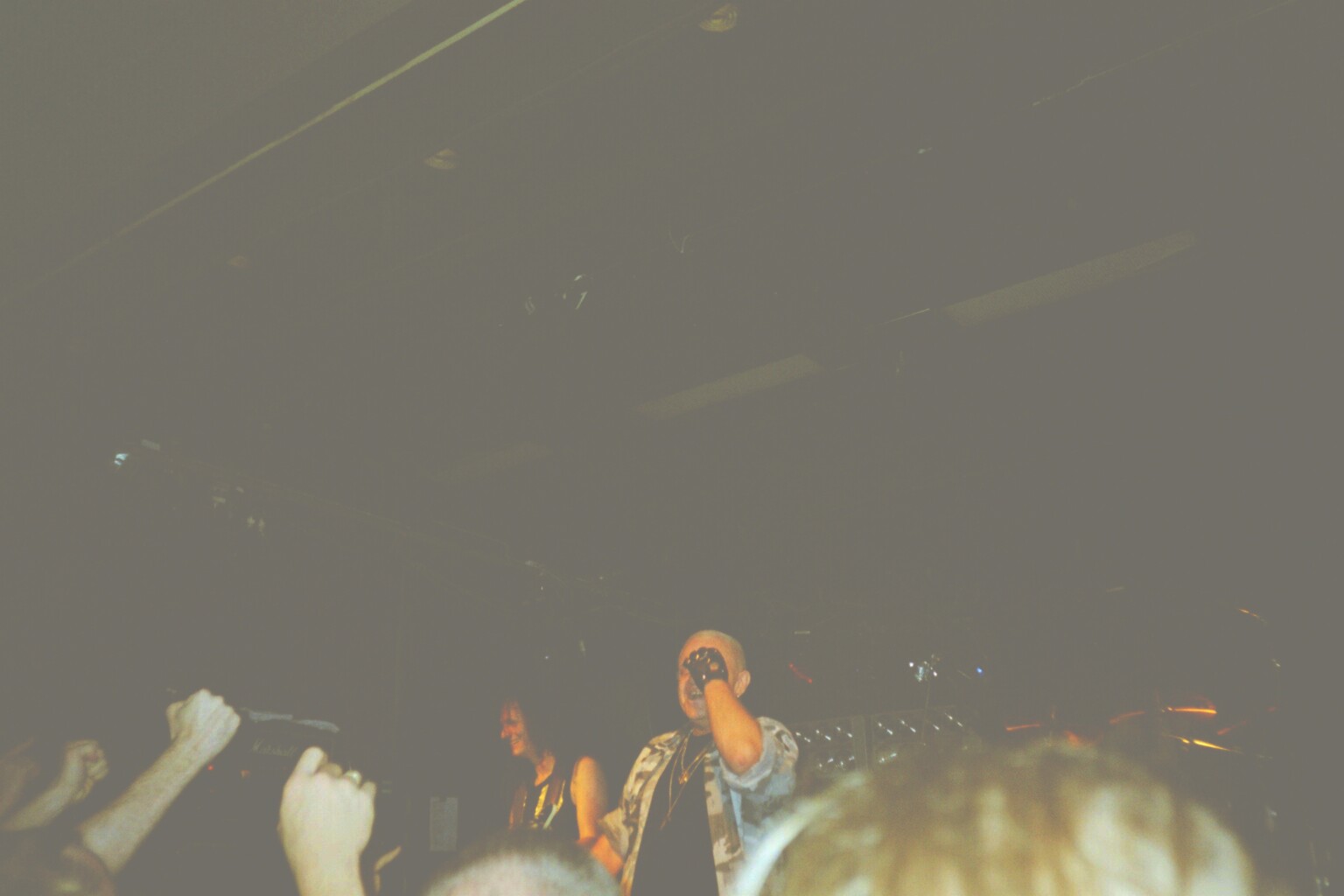 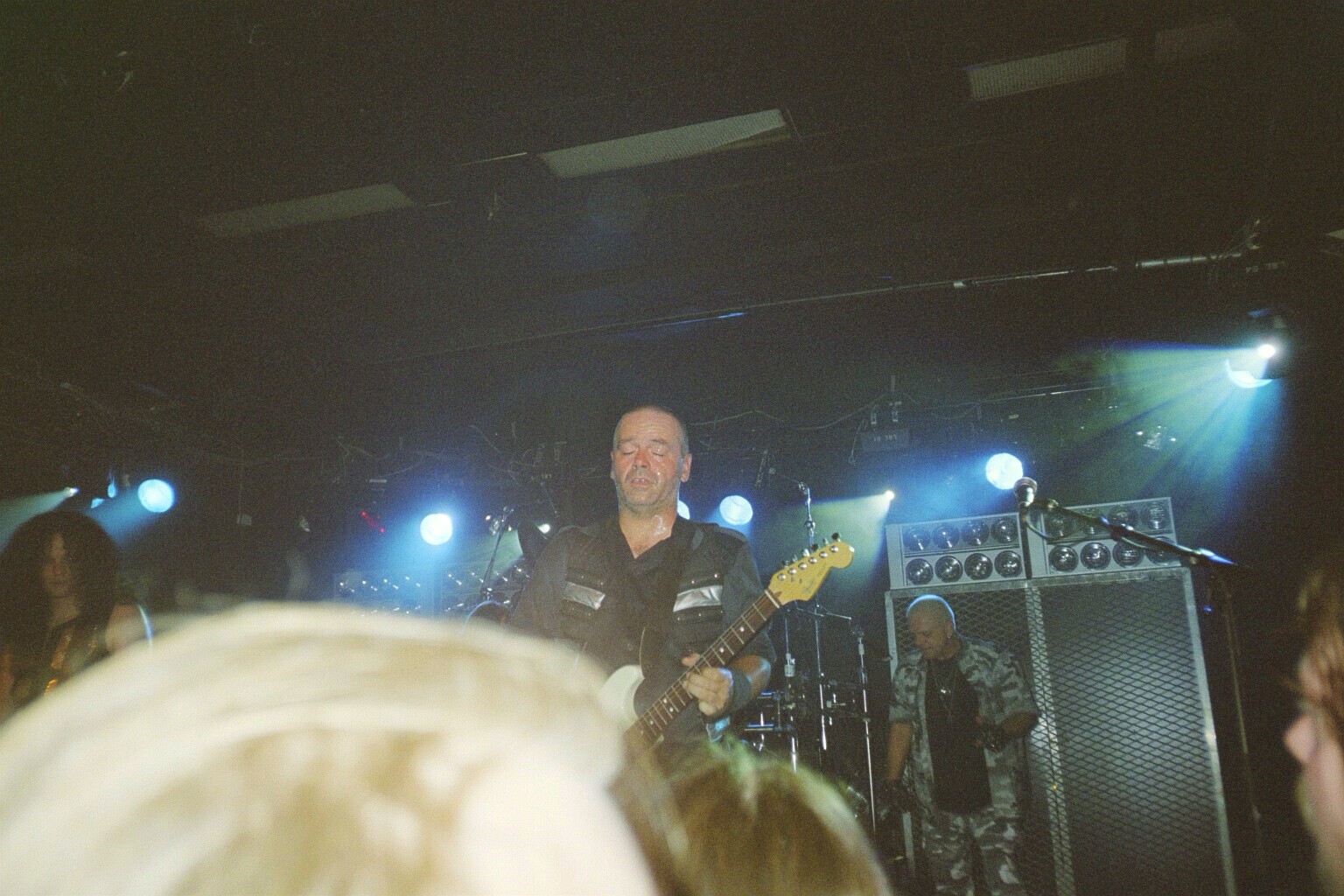 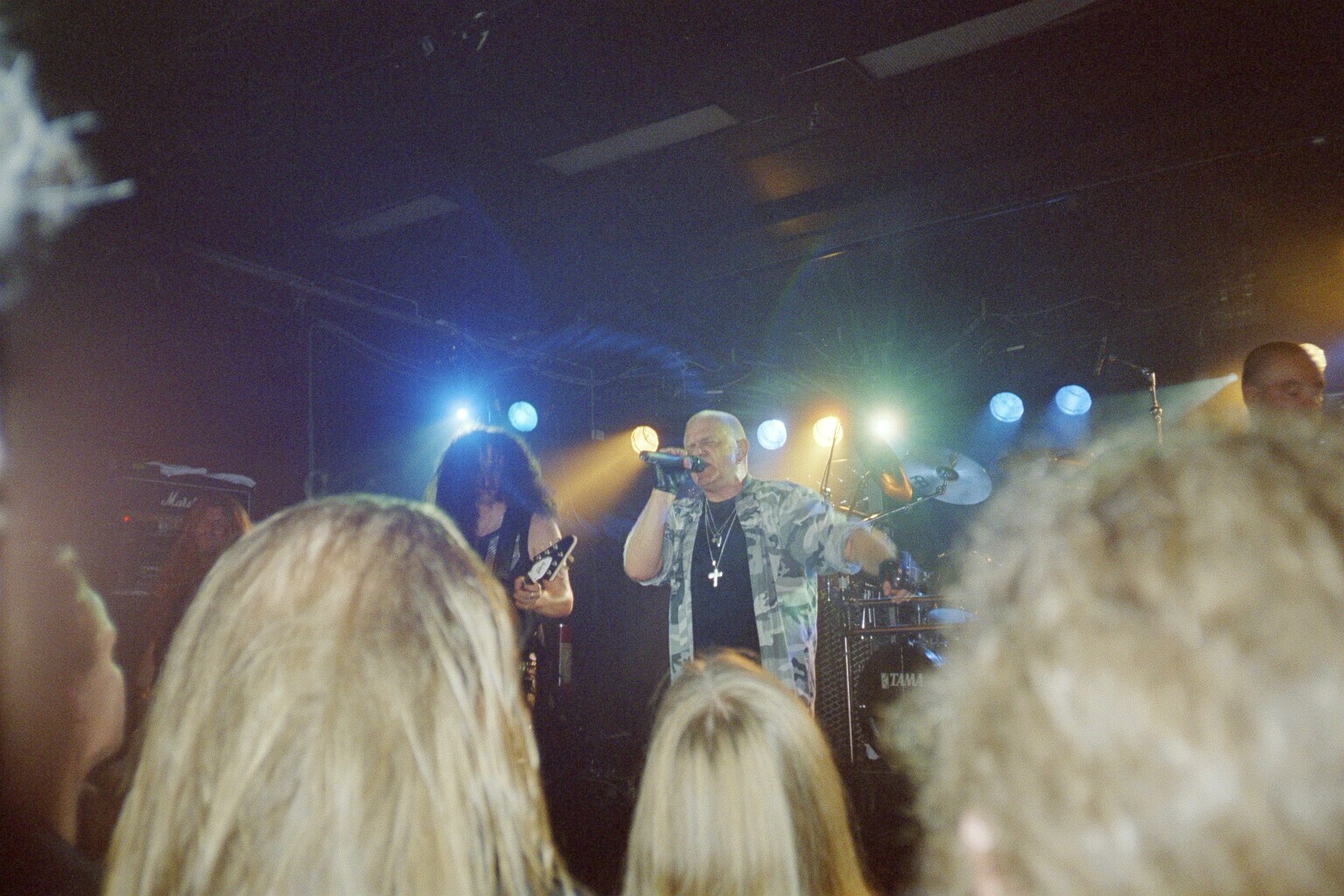 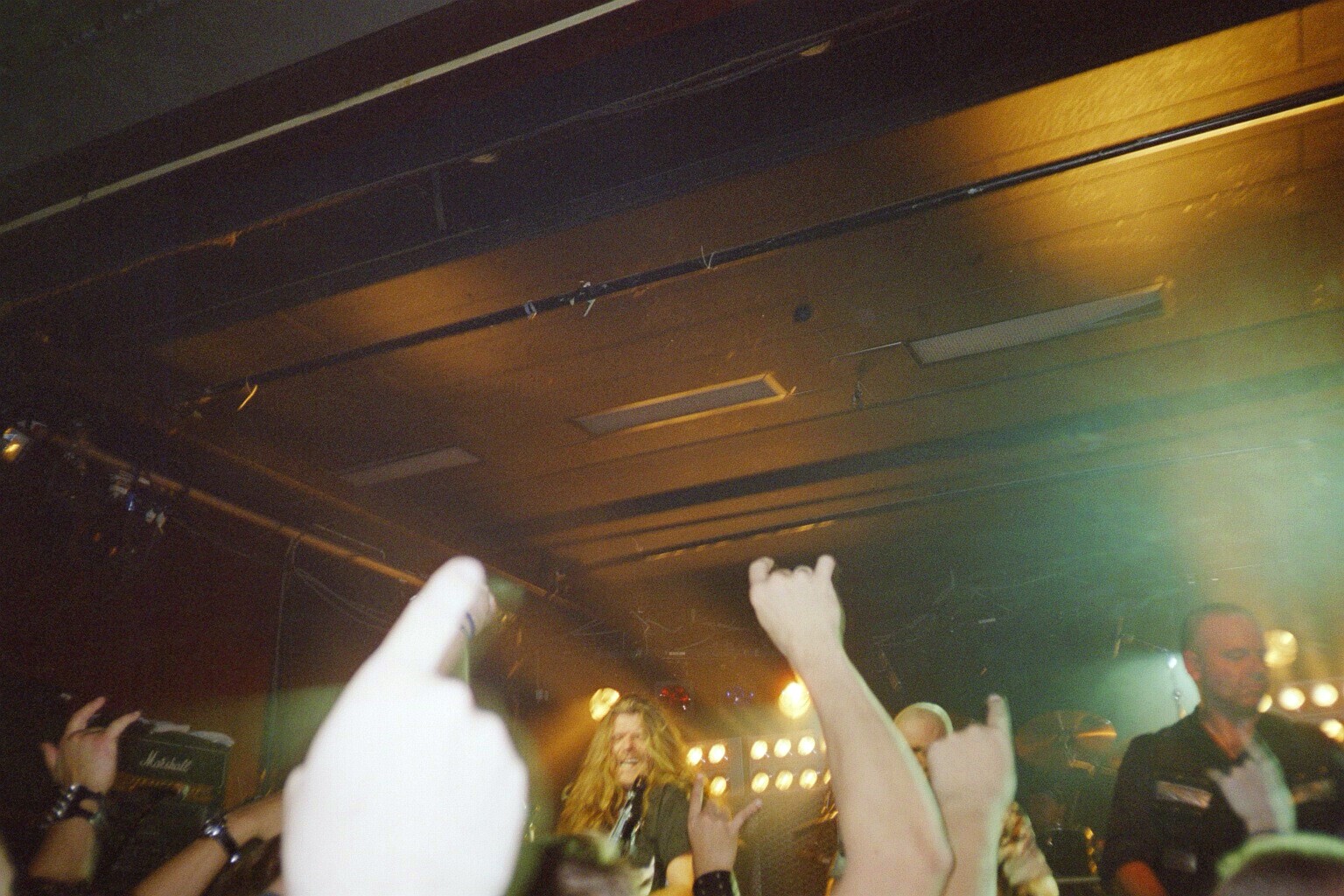